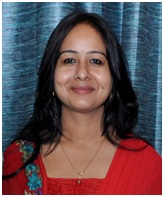 Arti Nirmal is an Assistant Professor in the Department of English at Banaras Hindu University, Varanasi, U.P. She earned her degrees of B.A. (English Hons.), M.A.(English), B.Ed. (Gold Medal), and Ph.D.(English) from the Banaras Hindu University with distinctions and qualified UGC- NET & JRF in the year 2005.  She has been the recipient of Government of India Scholarship thrice for her outstanding academic performance and has also been awarded the National Youth Parliament Award, New Delhi; Vishishta Shikshak Samman (Distinguished Teacher Award), Varanasi and Maharani Laxmibai Samman.She has to her credit nearly 28 publications in reputed journals and a book Shifting Homes and Transnational Identities: Women Novelists of the Indian SubcontinentalDiaspora. She has presented 47 research papers in national and international seminars and conferences in India and abroad. She made significant academic presentations at the universities of China, Australia, Malaysia and Singapore. She also has experience of guiding 04 doctoral dissertations. Besides being member of various reputed academic bodies and editorial boards, she is a regular invited speaker of All India Radio. She has also been educational counsellor for IGNOU and Open Universities in India Her areas of academic interest include Literary Theory and Criticism, Diaspora Literature, Contemporary Literature, Cultural Studies and Gender Studies.