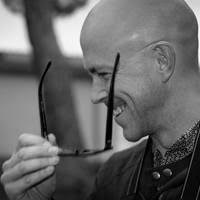 Dr. James Corby is a Senior Lecturer and Head of the Department of English at the University of Malta, where he lectures on literary theory, poetry, and philosophy. He is the founding co-editor of CounterText and a founding member of the Futures of Literature Network. He has published on literature, and philosophy, including articles on romanticism, modernism, phenomenology, performance, politics, and contemporary American literature. He co-edited Style in Theory: Between Literature and Philosophy (Bloomsbury, 2013) with Ivan Callus and Gloria Lauri-Lucente, and edited a special issue of the Journal for Cultural Research on ‘Critical Distance’ (Taylor & Francis, 2017).